How to end a woven bracelet. 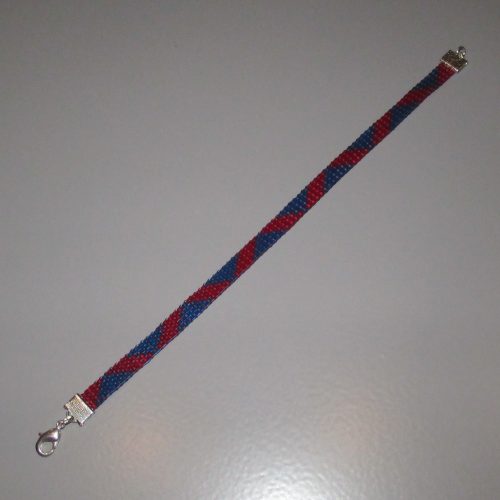 In this tutorial we explain how you can secure a woven bracelet with a fold-over end. This explanation was provided by Jody van den Brink, so thank you Jody for your explanation!

Before you take the bracelet off the beading loom, put some glue on the top and bottom of this last part of thread. This secures everything and keeps it in place. When the glue has dried, you can take your bracelet off the loom. Put knots in the wire that was tensed between the loom, so the ends of the threads are secure and won’t move anymore.

Watch out: the fold-over end has little ruffles on one side and the other side is smooth. Make sure both of the smooth sides are placed on the same side of the jewelry (inside/hidden side) so that you get an even and clean look on the visible side of the jewelry.

Secure a lobster clasp with a  jump ring to one fold-over end and an extension chain on the other fold-over end. Your bracelet is ready to be worn!